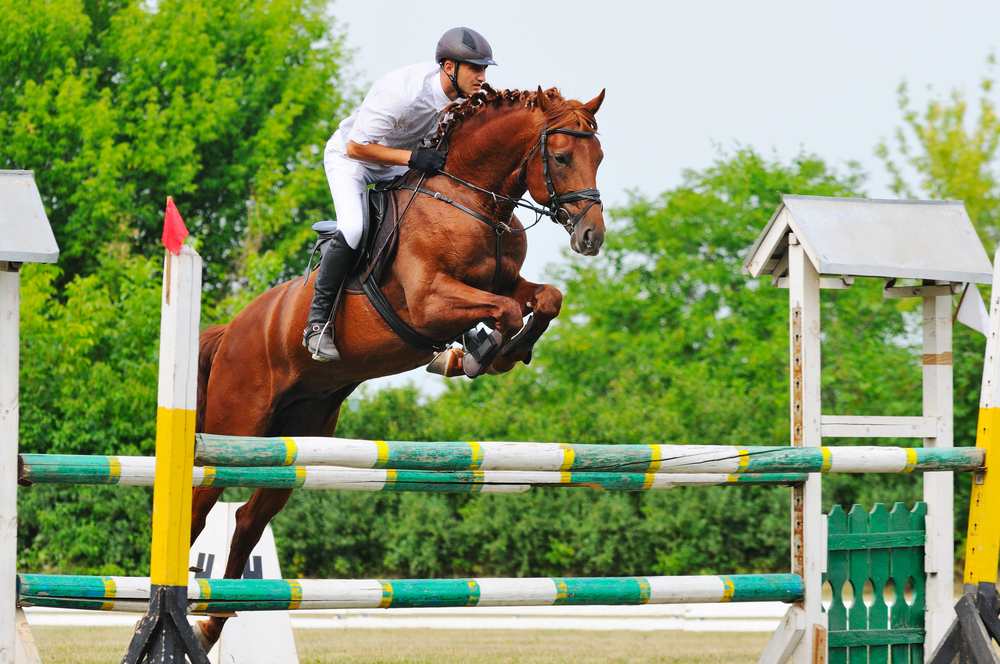 The show season is in full swing and with the Rio Olympics starting this weekend we thought it timely to consider parasite control in the competition horse. Whether you take part in local pleasure rides, unaffiliated shows or compete at FEI level the parasite risks for your horse are much the same.

We know from studies in agriculture that worm burdens in animals have a significant impact on their performance and development; this definitely makes parasites something to guard against if you’re aiming for that gold medal!

Which horses are at risk?

Worms aren’t fussy and don’t differentiate between their hosts. Equine superstar or riding club stalwart, our four legged friends are susceptible to infection just the same. Regular worm count testing shows us that horse herds generally follow the 80:20 rule with 80% of the worms to be found in 20% of the horses.

What makes a horse more susceptible to being one of the 20% we term ‘high egg shedders’ is a complex subject to do with age as well as immune function, stress levels and the individual horse’s internal environment. With significant travelling thought to be a stress factor for the horse this has the potential to make competition horses more vulnerable to parasite infection.

Where does the risk come from?

Neither does location seem to matter. The age old relationship between horse and helminth is a global one with large and small redworm, roundworm and tapeworm seen as the major threats to equine health the world over – from Rio to Rutland!

Many healthy looking horses can in fact be harbouring large numbers of worms. One dropping from these horses will contain millions of worm eggs to infect the grass and the land around it, some larvae hatching within days ready to be ingested by a new host, other eggs remaining dormant in the soil for weeks or months.

While you hopefully have management steps in place at home to minimise the risk of parasite burdens in your grazing, it’s impossible to monitor on event. Show venues and anywhere that has a high footfall of horses are a ready source of potential contamination.

What steps can I take to minimise the risk of parasite infection?

The more visiting horses that come through a venue the more careful you should be about unexpected passengers you may be taking home.

Think carefully about where you allow your horse to graze at shows especially around collecting rings and busy areas where horses gather. Consider bringing hay to feed instead

The more your horse travels to venues frequented by other equines, the more important regular testing becomes in your worm control programme. As a minimum worm egg count every three months and tapeworm test every six

Don’t forget to consider any horses that graze with the competition horses. Any parasites picked up away from home will be brought back and shared with the herd

If stabling away from home insist on clean bedding and poo picked turnout.

Minimise stress for the horse, consider feeding a probiotic to settle the horse’s gut.

Spread the word about good worm control! Believe it or not some people just don’t know enough about managing their horse’s parasite burden. If all horses had low worm counts the risk of cross infection on event would be significantly lower.

The potential impact of a moderate worm burden

The simple presence of a worm burden feeding in a horse’s gut will add strain to its system and restrict nutrient uptake of that expensive competition mix too. There is also the potential for serious, life threatening damage as the parasites migrate around the body to complete their lifecycle, causing colics, haemorrhages, long term respiratory and liver damage as they go.

That’s not to say we should be aiming for no worms in our horses – parasites in horses are a fact of life and some studies show that in small numbers they are beneficial in stimulating the immune response. However parasite levels should be regularly and carefully monitored with worm counts so that their levels never rise to impact adversely on our equine athlete’s health.