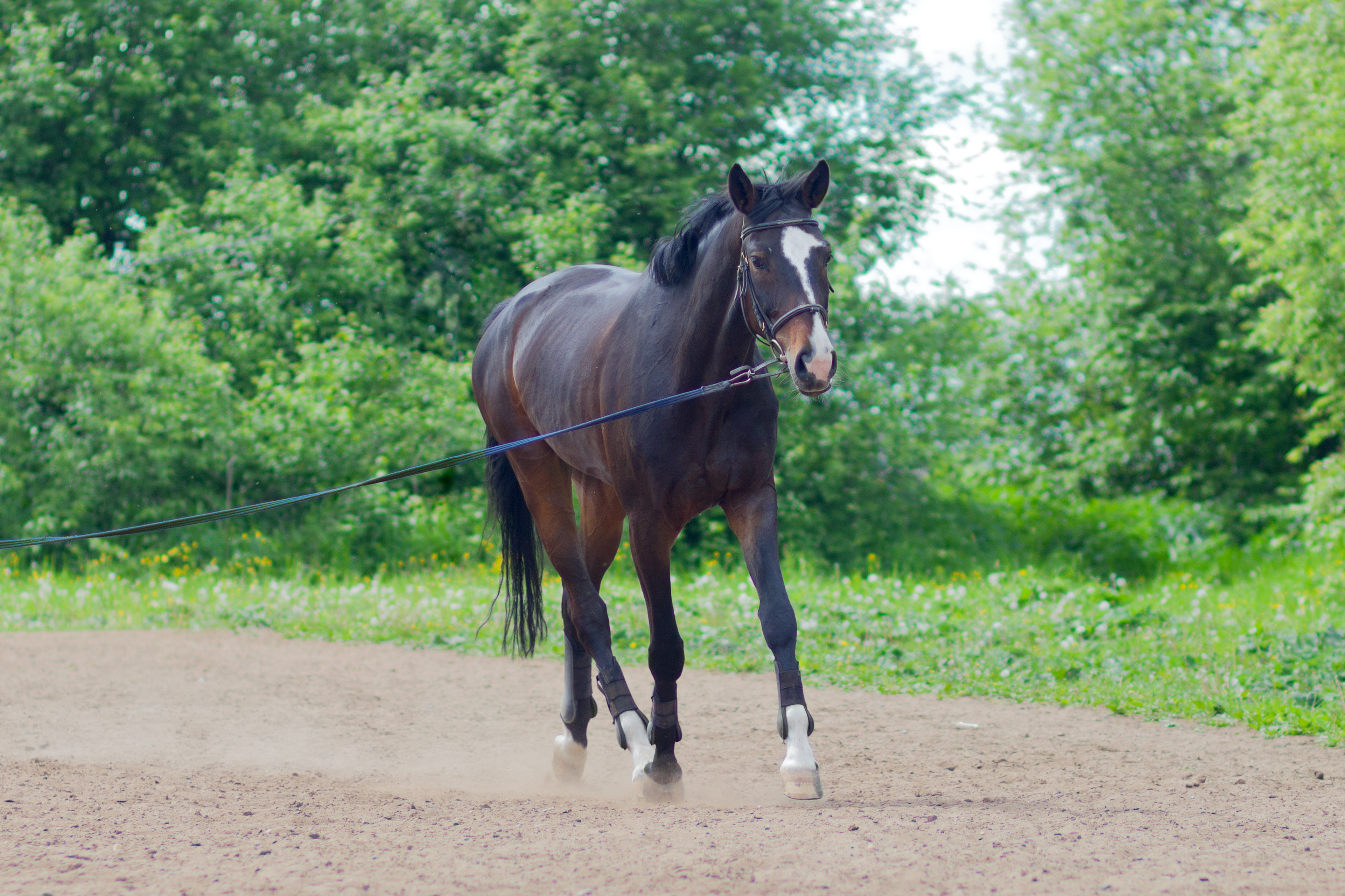 Retraining a Racehorse: The right direction

In the second part of the series on ‘Ground Training’, Fred and Rowena Cook (of Equine Management and Training) take us step-by-step through the teaching process behind backing up and disengaging the hindquarters. The ability to direct your horse isn’t just important for racehorses out of training – every owner should be able to reverse and move their mount, from Shetland pony to Shire horse.

Teaching a horse to step backwards is extremely useful and indeed is the best way to stop the horse that has the tendency to barge – and of course, it accustoms the horse to the movement in preparation for that dressage test, so teach him correctly in that he should move diagonal pairs of legs!  You should do at least six backwards steps, as stepping backwards for more than a stride or two is not a natural thing for a horse to do and you are doing the opposite of what he has in mind.

The typical “natural horsemanship” technique is to stand to the side of the head and with the rope in your left hand, move your hand downwards and towards his chest drawing the nose closer to the body, which causes the horse to step back. After a few attempts if there is no clear response, give a couple of swift downward tugs on the rope. Some advocate standing in front of the horse and shaking/wiggling the lead line whilst stepping towards him.

A prod to the chest of the horse that barges when you open the stable door is the quickest way to stop that habit.

Disengagement of the hindquarters puts you in control whether on the ground or under saddle. We all want our horses to move over in the stable whilst mucking out, when rugging up and grooming, or move round when we are closing the field gate, but we have all come across those with feet that seem glued to the ground!