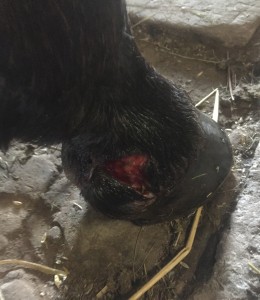 Toby cut his leg whilst out in the field.

When Sophie Tranter from Monmouthshire returned home from work to find her horse had suffered a nasty cut to her horses’ leg, she immediately recognised the seriousness of the injury.

Six-year-old Toby had cut his front leg whilst out in the field, resulting in a flap of loose skin over a large wound. Sophie transported Toby straight to her local veterinary practice for treatment, where it was initially decided that the skin flap should be stitched down.

Unfortunately, the stiches didn’t hold in place meaning the skin flap had to be removed leaving the large wound open. 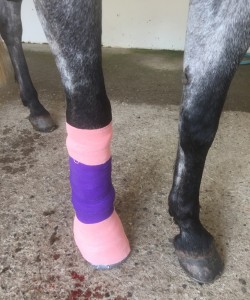 In order for the wound to heal and to prevent infection, Toby, who is a 15.2hh Connemara, would require extensive bandaging with regular dressing changes.

Sophie used several products from the Robinson Animal Healthcare range to dress Toby’s wound and help support his leg during the recovery process. 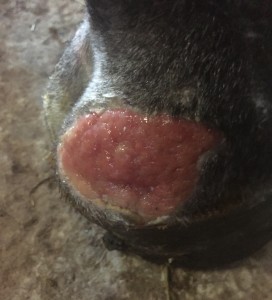 Due to Toby’s playful nature, the range of products was put to the test, particularly on the two occasions when Sophie, who is a Quality Systems Coordinator for a beverage company, returned home to find he had escaped from his stable to turn himself out in the field, which Toby really enjoyed but resulted in yet another bandage change.

Another extra bandage change was required after Toby completely soaked his bandage after using his water bucket as a foot spa!

Sophie said, “All the products successfully passed the test. The bandage did not move and everything was securely held in place, even after the occasions he decided to turn himself out. 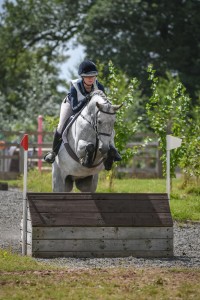 Sophie and Toby in action.

“I changed the bandage myself and found the products easy to open and handle. The Equiwrap was brilliant as it stuck to itself really easily and was easy to tear when I needed it to.

“The Activate wound dressing was by far my favourite product to use as it ensured the wound closed rapidly and I never had a problem during the healing process with infection or bacteria entering the open wound.

“It also never stuck to the wound so when the bandage and dressing was changed, it came away easily which didn’t distress Toby. I would highly recommend products from the Robinson Animal Healthcare range to everyone.”